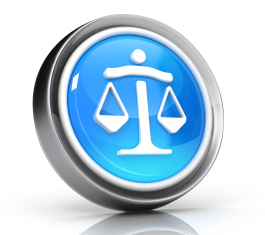 Patent Law in the United States

People all over the world have been able to legally protect their new inventions for over half a millennium. Dating as far back as the fourteenth century, England and Italy are widely considered to be the countries in which these types of regulations originated. Carrying over from mainland to colonies, America developed a semblance of patent law over one hundred years before the Revolution. In order to protect a newly discovered means of producing salt, a citizen of Massachusetts petitioned to his colonial government and successfully filed for what is widely considered to be the nation’s first patent.

Laws began to form in each of the newly formed states, once they gained freedom from Great Britain. As they began forming their own general acts to govern the application, examination, and possession of patents, the federal government recognized the need to get involved. Thus, as a provision of the Constitution, Section 8 of Article I gave Congress the authority to pass legislation “to promote the Progress of Science and useful Arts, by securing for limited Times to Authors and Inventors the exclusive Right to their respective Writings and Discoveries.” Patent law was more specifically regulated through the Patent Act of 1790. This opened the gate to what is now a very intricate system of intellectual property protection in the United States.

Nowadays, the laws in place protect both products and processes. They prohibit anyone in the country from using either of these in the commercial product of their own goods or sale of imported goods that infringe upon the patented discovery. These are considered to be exclusionary rights as they inhibit others from using or practicing an invention, rather than granting someone the ability to do so. This lasts for the length of the term of the patent, which is 20 years from the filing date in the United States.