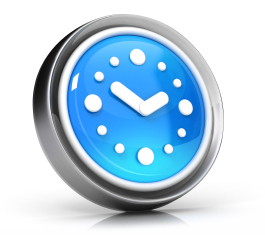 How Long Do They Take?

It is important for inventors to have a strong sense of what sort of timeline they should be able to reasonably expect. Many people do not feel comfortable publicizing any information about their inventions until their applications are fully processed and their patents are granted. However, effective in March of 2013, the United States recognizes patent-holders on a first-to-file basis, rather than the previously followed first-to-invent model. This legislation was passed via the America Invents Act, which was signed into law on September 16, 2011 by President Obama, alleviating the worries of all patent filers.

The average pendency period of a patent is widely considered to be around 2 years. This number depends on a variety of factors. For instance, the intellectual property space has recently been inundated with filings to protect computer software, increasing the amount of time that it takes for the government to appropriate conduct their search and examination to determine whether or not patentability exists. Thus, these cases may have up to 4 years of pendency. Consequently, well-defined inventions that have little competition existing may be granted in only twelve months. Ultimately, it is a waiting game that must be played by any inventor seeking protection, as there may be up to three patent office communications necessary prior to being granted protection.

As a note, applications are ordered sequentially upon the time that they are received at the USPTO. If filed electronically, an applicant can expect to receive their filing number nearly immediately. Paper filings, however, may cause for a filer to be informed up to eight weeks after submission.